Government should apologize to the nation for disgracing this valiant son

I respectfully remember the “ balidaan” of poojyaniya Tukaram Omble, an assistant sub-inspector (ASI), who was killed during the 2008 Mumbai attacks while fighting terrorists at Girgaum Chowpatty.

I respectfully remember this valiant son of Maharashtra and his act of exemplary courage and service to the nation. He deserves Ashok Chakra, though posthumously.

For any nation this is a great moment , and the nation would have respected such a great hero, but not our government. It is a shame on India and Maharashtra government that a public interest litigation had to be moved by a social activist pleading the court to direct the government to honour this Veer Puthra.

Martyrs are martyrs because of their balidaan for the nation. But our government chose to honour three heroes with Ashok Chakra based on their rank , leaving Tukaram, an ASI of a lower rank.
Shame . Shame.

Is this a democratic government? Tukaram must be honoured with posthumous Ashok Chakra. Government should apologize to the nation for disgracing this hero.
Posted by Azeez . at 10:54 PM

my love for this neighbour 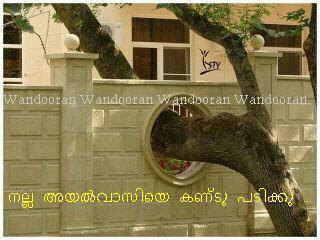 my heart is short of words 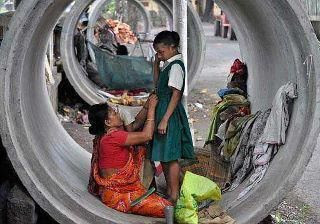 Time and Space are worldly systems, and if we are bound by these we will have the fear of death; the agony of death always follows us, always, wherever we are. On the other hand, if our thoughts and actions are submitted to the Eternal , only to the Eternal, we will have no worry of space, no worry of time, and so we don't have to worry about Death.

This is the only answer.No other way. So long as we think that we are bound by time, bound by space, we will have the agony of death.
All the time. That is true.
The problem is we humans always think what happens to us. This "us" is the problem. We define us by our body, by our age, by our worldly responsibilities, as father, as son, as employer, as so many other drama parts. We never think that something that makes "us" is eternal.
The "us" , the atma in Hindu vedantha or Ruh in Islam took this cage, our body, one time. The cage will perish.The " us" will abandon this body. So the "us" has no death. The cage only perishes.

But we have polluted the" us" part with our bad karma, bad deeds. It cannot go to the origin in the purest form. It has to be cleansed, it has to be washed off sins.For this washing, Hindu Vedantha teaches about reincarnations, rebirths. Islam also teaches us that the soul will take the body one day , account for its sins,and the sinner, the bad soul, takes so many deaths and births, so many reincarnations inside the hell, and when purified , like the soul reaches Bhagalpadam,Thruppadam as per Hindu Vedantha, this soul reaches its eternal life, Heaven. This is my humble understanding.
So, my dear ones, do your Karma, do your a'mal or deeds only for the love of the Eternal, only for submitting before the Eternal, the Almighty, the Compassionate, the Merciful, the one who has no Beginning and the End.
Posted by Azeez . at 7:03 PM 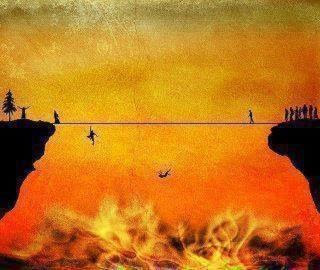 the history of our freedom struggle is replete with acts of courage, sacrifice and dedication to the cause of freedom. the heroes of our freedom struggle were thousands and thousands, they came from every nook and corner of the country, from different backgrounds and religious beliefs. an intense love for their country and a keen desire to see it free from British imperialism permeated all their existence. some of them laid down their lives and immortalised themselves. it is difficult to enumerate the names of all these patriots as a number of them would always remain anonymous and their names will never find mention in the pages of history.

Our tributes to the valiant sons of our soil who sacrificed their lives for our motherland. martyrs never die. veer bhagath singh amar rahe. veer bhagath singh dropped bomb against the British. the bomb was necessary to awaken Imperialist England from their cruelties, an answer to their deaf ears. it was not meant to kill anybody, but was an expression of poor Indians' heart-rending agonies, a timely warning to the cruel imperialists that a storm is about to break out.

Thanks to Stephen Harper, the cleanest conservative

Brampton is at the 47th in Greater Toronto Area. What could be the reasons?

Too many samosa factories making poor air quality;
No arts and culture ,making culture points zero- Indians are the only community in the world available for overtime job even on his day of marriage.
Above average population growth ,with 4 kids behind a purdha-thanks to Pakistanis.
Too many flex boards:" We are help moving you- Call Jasbinder. Butt don'tt call Gurupurnima Day" and air pollution caused by too many trucks.

Ottawa is the best city to live in GTA:

Thanks to Stephen Harper, the cleanest conservative.
Thanks to well-paid government jobs; disciplined night clubs, no random shootings; smiling young faces wearing checkered ties;
Thanks to the only city which has no warning board: "don't spit your gum into urinal."

And Burlington is the cleanest city to live in GTA:

Hey , how are you today? Good? that is good.
Sunshi.........ne.
Wow!
Thanks to the sunset beer parlours with nicely cut organic pork steaks.
Too much spaces.
Negative population growth- Babies means money; Babies means sacrifice of enjoyable life;

But Canada, why my city Calgary is the city of infidelity?
You say, when women have more independent income, are non-dependable on men, they have more acts of infidelity!
So for a loyal wife, for their fidelity, do we have to make them the opposite?
Posted by Azeez . at 5:30 AM 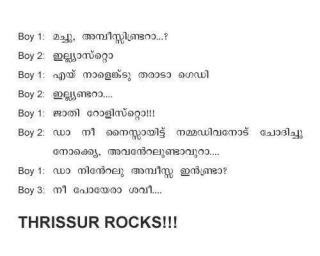 Why there is no Confession Chamber in Canada?

The Catholic Church is spreading only the gospels of Luke, John, Mark and Matthew.There are many things which Jesus told, not reported in these gospels. Bernaba's Gospel which is concealed by the Church tells that Jesus was only a messenger of God , not God. A copy of Barnaba's Bible and the Gospel of Magdaline Mary is available now in Canada library. Of late, Jehova Witnesses believe and pray only to God, not to Jesus. The Church followed the system that the confession is to be made to a priest, a man, they believed as the representative of God. The priest is as sinned as the sinner, the confessor. The penalty they gave for the sin was remitting certain amount of money. The rich can do any amount of sin and remit money for pardon. The rich bought /purchased pardon from the church. This is called Sale of Indulgences. The local priest packed all these sins, sent to their cardinal house, and they to their higher “ spiritual “ centers .The Church did this for 1600 years until Martin Luther and Calvin protested the sale of indulgences. Now, here in Canada, the Christians are not going to any priest for any confession. They are breaking the Confession Chamber once considered sacred. So , for 1600 years the sins of the people were not forgiven!!! Who will remedy this? Who is accountable? Why did the Church misguided the people for so many centuries? The Church by their ignorance guided the sinners without their sins getting pardoned! This is a very serious thing. The sinner has to pray God Almighty direct for their sins to be forgiven. No Church, no priest, no Gatherings has any right to pardon the sins. Only God.
Posted by Azeez . at 7:22 PM

We are Prozac Nation

Here we are not interested in Tawba,repentance, the act of seeking God's forgiveness.
Earlier we had a Tawba culture.We account for our wrong actions and seek Tawba of God Almighty.We clean our mind and heart with Tawba and resolve that the errors will not be repeated.

We used to pray five times a day;chant God's attributes after every salath, namaz, and say asthagufirullahal adheem ,forgive Allah, praise Allahu subhanawa talla for the blessings of Allah,Subhanallah,thank Allah for all favours received,
alhamdulillah,and acknowledge that all powers are from God, only from God, God is great,Allahu Akbar.
We used to say this each 33 times after every prayer and finally declare God's Unity, La ilaha illallah, that there is no one to be worshipped, except God Almighty, the creator of all universe.

After every salath we pray for right guidance-right guidance comes only from God- we pray for parents, for our children, family and for all. We pray for good and useful knowledge, right guidance, and for food earned from our hard work and halal.
When Salath or prayer is done, we are happy, energised,and renewed.We find the purpose of our life, here and hereafter.There is 'noor' or light in every cell of our body-Allah nooru samavathi val ardhu, God, the light of heavens and earth-.We have our full life, happy life, every day.

Now asking God's forgiveness is considered bad. science is our religion now. We say there is no wrong nor good. You are the judge. You did it in your full conviction, isn't it? So, don't ask for pardon. Asking pardon increases the guilt in you and it lowers your self-esteem. You did it right. Thumps Up!

No guilt. No pardon. No Tawba.

But our wrong actions haunt us. Our soul knows what is wrong and right.Even before the origin of religions, prophets, men had morals and ethics. There is an innate quality in every human being to differentiate good and bad. That is a gift of God.Our wrong actions had always made us guilty.
Now we do not pray. No Tawba.

Like Lizzie, we lose our sleeps, develops anxiety, go downward spiral and begins to abuse drugs and alcohol. We are depressed . Anxiety mounts in us everyday. Our silent moments are really fierce. We cannot be with us even for a moment.
After a few tries of drugs, our depression only worsens. We lash out against anything, internally. We assume anything as our enemies- boss,neighbours,friends-and call them abusive words and act hitting them in the privacy of our bed rooms.

Finally, somebody drops us at a phychiatric center to begin our Prozac Life.

They refer us to counsellors. Before counsellors we release everything for a set amount of time and for a fixed charges. Talk and talk. After one hour or so , the counsellor takes money and we get up for the next patients.
Psychotherapists or counsellors do not condemn our actions nor do they offer solutions. The counsellor ends his dialogue after the patient's time and
leave the person alone with his grief, anxiety and misery.

This is the modern way, the scientific way!

We are the lost people.
We are Prozac Nation.
Posted by Azeez . at 9:03 PM